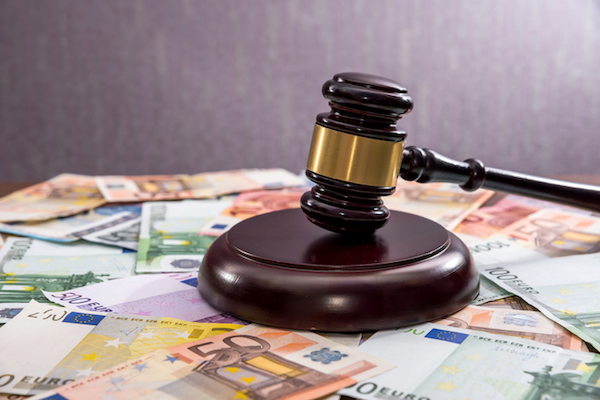 There are substantial and significant employment law changes on the horizon for 2017. We’ve compiled a list of what we consider to be the key changes here so you know what to look out for in the HR news reports.

1. Getting Ready For Changes To General Data Protection Compliance

In 2016 an EU General Data Protection Regulation (GDPR) was passed by the European Parliament with the purpose of harmonising data protection rules across the EU including in the UK.  The regulation is due to come into effect in May 2018 and should become part of UK law at that point, but Brexit may change this, at least after March 2019 if Article 50 is triggered by March next year.  The government has so far indicated that we should assume that the GDPR will come into force in the UK, which will still be a member of the EU in May 2018.

For employers, the GDPR is important as it will change the rules regarding consent by employees to processing of their data.  There will also be changes to data request processes, the introduction of the ‘right to be forgotten’ which will allow requests for erasing information in certain circumstances, and the ‘right to rectification’ allowing employees to insist, in certain circumstances, on making changes to their personal information.  All this will be introduced in an environment of increased penalties for non-compliance.

Organisations with 250 employees or more in the private-sector, voluntary sector and public-sector will all be required to publish gender pay gap information for the first time in 2018 and will need to start collecting and preparing the data in 2017. Draft regulations have been published for private and voluntary sector employers requiring publication of pay data centred around a ‘snapshot date’ of 5th April each year and the first report must be published by 4 April 2018.  Further regulations are expected for the public sector together with more detailed guidance.

Employers may need to reconsider their benefit offerings as tax savings through many salary-sacrifice schemes will be abolished from 6 April 2017.

The government has decided to take away the tax benefits from April 2017 in relation to many salary sacrifice schemes, including those relating to company cars (unless ultra-low emission vehicles), work-related training, workplace parking, private health schemes and health screening checks, mobile phone contracts, mobile phones and computers, gym membership, accommodation and school fees. There are some transition arrangements for plans already in place before April 2017.

Schemes related to pension savings (including pensions advice), childcare, cycle-to-work and ultra-low emission cars will not be affected as these are schemes the government is keen not to scrap.

Employers with an annual payroll of more than £3 million will be required to pay a 0.5% levy on their total pay bill starting on 6 April 2017 to contribute funding towards the costs of UK apprentices via the Apprenticeship Levy. Employers will then be able to access these levied funds to help pay for apprenticeships from accredited training providers.

Smaller businesses, who are not required to pay the levy, will also be able to apply to receive apprenticeship funding and if successful will only be required to contribute 10% towards the cost. The government will also be offering additional support to organisations with fewer than 50 employees by paying 100% of training and assessment costs for their apprentices aged 16 to 18 and for those aged 19 to 24 formerly in care or with a local authority education, health and care plan.

Employers sponsoring foreign workers with a Tier 2 visa will be required to pay an Immigration Skills Charge of £1,000 per worker per year (£364 for small employers and charities) beginning in April 2017. The immigration skills charge will be in addition to current fees for visa applications, although there will be some limited exemptions..

The National Living Wage for those aged 25 and over is going up at the beginning of April from £7.20 per hour to £7.50 per hour. There will also be increases at the same time to the National Minimum Wage payable to those under 25 and apprentices.

There are also a further 7 possible changes that we suggest all businesses should keep an eye on. They are:

The situation remains unclear about potential employment law changes as a consequence of Brexit, but it does not look currently as though 2017 will be a particularly significant year for that, as it will be a year of beginning negotiations, if indeed Article 50 is triggered by the end of March 2017.  The decision of the Supreme Court on the government’s appeal of the High Court decision that Parliament first needs to approve that triggering is expected in early January.

Theresa May has repeatedly said that workers’ rights will continue to be protected post-Brexit, but until details of things like the proposed Great Repeal Bill emerge, we still lack any real detail.

Uber are appealing to the Employment Appeal Tribunal against the decision that went against them in the Autumn of 2016 when two drivers won their claim to be considered workers rather than self-employed contractors, and therefore entitled to basic employment rights; such as to be paid the National Living Wage or National Minimum Wage, and the right to rest breaks and paid holiday.

This case could have huge implications not just for Uber’s model of business, but for any gig-economy business trying to use self-employed contractors for things like deliveries or transport, in situations where the business seeks to maintain high levels of control and management. The latest news has seen yet another self-employed bike courier, this time from CitySprint win their employment tribunal. The tribunal found that Maggie Dewhurst, should be classed as a worker rather than self-employed.

Employers await the implementation date for new balloting requirements under the Trade Union Act 2016. The Trade Union Act became law in 2016 but has yet to come into force. One of its key elements is to require a ballot turnout in a strike ballot of at least 50% of those entitled to vote and a majority vote in favour of industrial action.

Industrial action in important public services will require a strike vote of 40% of all eligible voters.

If you operate a retail business, or one which relies on Sunday shift work, then you will need to keep an eye on whether provisions in the Enterprise Act 2016 come into force, changing things like the notice period required for an employee to opt-out of working on Sundays.  If so, there will be increased obligations on employers to notify staff about these changes and their rights under the new rules.

The Brexit referendum may well have blown off course things like the government’s proposed consultation on the extension of shared parental leave rights to working grandparents.  The consultation was expected to start in 2016.  It was anticipated that any new rights would take effect in 2018, but this may well now be delayed.  We will be keeping an eye on whether this policy resurfaces.

7. Employee Representation At Board Level

The government has said that it intends to bring forward proposals for employee representation on company boards. At a recent appearance at the CBI, Theresa May appeared to rule out forcing companies to have workers or trade union reps on their boards, or having some sort of compulsory works councils. There is now a Government Green Paper out for consultation that makes various suggestions about options for employee representation including the establishment of advisory panels and the appointment of designated non-executive directors to take formal responsibility for articulating particular stakeholder perspectives. The report suggests that there should be higher expectations for companies to engage with employees and others, but that they should be able to select the mechanisms most appropriate for their business, and explain why they have been chosen.

If you could use some help to keep on top of HR admin in your business it might be time to take a look at HR software. Check out the Cog HR Software Features.