Is your workplace dress code gender neutral (and what does that mean anyway?) 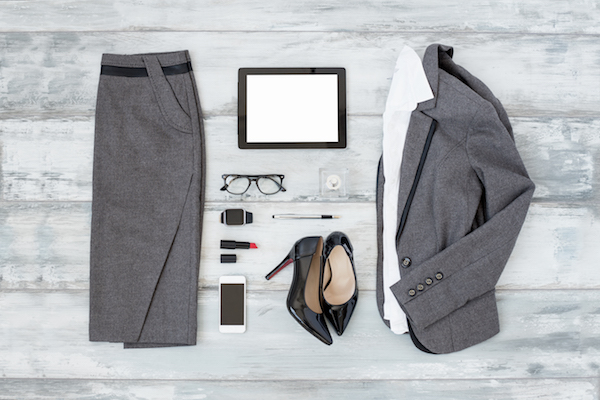 Following a year of news surrounding potential discrimination in the workplace due to unfair dress codes for women, a new report has found that whilst the existing law is valid, the awareness and application of the law has fallen short.

The case that really brought this issue to the fore was back in December 2015, when a temp agency called Portico supplied a receptionist to city accounting firm, PricewaterhouseCoopers (PwC) .  The receptionist Nicola Thorp, was allegedly sent home for breaching Portico’s “female grooming policy” which amounted to women being required to wear two to four inch heels.

Portico and PwC got a lot more than they bargained for when Nicole Thorpe set up a petition to make it illegal for companies to enforce heel wearing on female employees which received over 150,000 signatures.

The report published as a response to this petition, by the House of Commons Petitions Committee and Women and Equalities Committee, found that the existing law against discrimination in the Equality Act 2010 is clear and the dress code that prompted the petition is already unlawful, but the law itself is not fully effective as the problem of discriminatory dress codes is widespread.

The report highlighted loud and clear, that this was not an isolated incident—and nor is the problem confined to high heels.

The inquiry and the report has definitely raised the profile of this sort of issue, making it more likely that employees will seek to challenge these sorts of dress codes, even if there is no change in the law, especially when it is accepted that the Portico dress code was unlawful.

The Committee has recommended that the government review this area with a view to increasing the powers of employment tribunals dealing with these cases, including substantially larger financial penalties and the possibility of granting injunctions to get a quick resolution of the problem.

They have also recommended the development of a rights awareness campaign particularly aimed at employees in certain industry sectors where stricter dress codes are in operation including:

What does this mean for employers?

Although the government may not accept any of these recommendations, it is fair to assume that dress codes may well be put under the spotlight by employees who disagree with them.

Employers are still able to operate a dress code policy that requires employees to be dressed fit for their particular business, provided that it would not be deemed discriminatory.This means that the dress code must be fair and have equivalent stipulations for both sexes.

So it becomes tricky when asking women to wear high heels, because, of course, men do not generally wear similar shoes. Therefore, it would be safer to require both sexes to wear smart, business shoes (and that would mean that women and men would be required to wear smart, flat or heeled shoes).

Similarly, requiring that women wear make-up will often get you into direct discrimination hot water and is best avoided, unless it can be objectively justified for their particular role, such as with a cosmetics sales person.

However, this is all fairly common-sense advice. The problems really arise when dress code policies are unclear, or implicit. So taking the shoes example above, if your dress code policy stipulated that women should wear ‘smart shoes’ and the interpretation of that within your company is high heels, then the law would argue that women had been put at a disadvantage and you could be facing an indirect discrimination claim. Ouch.

How to avoid a dress code discrimination tribunal claim…

Our advice is to think very carefully about what is necessary in your business versus what is simply aesthetically desirable and make any code as gender neutral as possible. Have one rule for men AND women. And it’s not just high-heels it applies to. Think skirts and trousers, make-up, hair colour, ties for men only, religious jewellery or attire, tattoos, piercings – basically anything that can be worn on the body.

It is your responsibility as the employer to demonstrate the legitimate business reason for implementing your dress code. If your defence is purely aesthetic it will more than likely fail.

Store all your HR policies (including your dress code policy) in one place with Cog HR.  Check out the Cog HR Software Features.