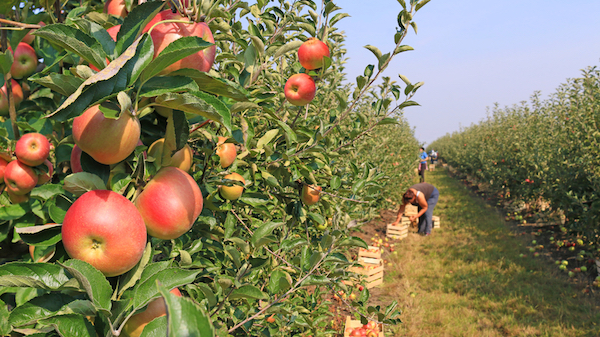 Zero hours contracts are receiving a lot of attention at the moment. We recently covered the Sports Direct saga and their poor use of zero hours contracts. We also looked at the on-demand economy and the legal issues associated with the likes of Uber and Deliveroo using casual labour. And, even more importantly, in the office here at citrusHR, our clients are asking us about the validity of using zero hours contracts more and more – so it’s clearly an important issue that is affecting many of you.

To help everyone understand a bit more about the controversial zero hours contract we thought we’d help clear things up a little bit here.

As with so many things, one person doing something wrong can spoil it for everyone else. In the case of zero hours contracts we’re keen to make sure this doesn’t happen and that small businesses understand the value of the zero hours contract in some situations. When used properly they can benefit both the employee and the employer.

Please note: This article is to give you an understanding of the potential benefits and risks of using zero hours contracts and we highly recommend you seeking professional advice before you start using them.

Why is the zero hours contract so contentious?

The Office of National Statistics has just released figures that show a significant rise in the number of people on zero hours’ contracts to over 900,000. This still only represents about 3% of the working population but it is particularly common in the hotel and food sectors where more than a quarter of employers are making some use of zero hours contracts.  Younger workers, those in full time education, and women, are more commonly employed under zero hours contracts.

The UK media have recently sited many opponents to zero hours contracts who say that it simply allows employers to take advantage of more vulnerable workers who work regular hours for them. In these cases the onus is then on the worker to challenge the employer to acknowledge their entitlement to statutory benefits such as sick pay and maternity or paternity leave. The nay-sayers believe that this rise is evidence of unfair employment happening more and more – and the Labour Party manifesto contains plans to ban zero-hours contracts.

To counter this, limits have been placed on the terms of a zero-hours contract.  The recent removal of the exclusivity clause means that workers can’t be stopped from working for more than one business at a time, even a competitor, and the law is on their side if the employer treats them unfairly for doing so. In this situation they have the right to claim unfair dismissal from day one of their contract.

But what happens if you use zero-hours contracts correctly?

There is no strict definition of zero-hours contracts in law, but the term is used to describe various contracts that don’t have an agreed minimum number of hours for the worker.

If used correctly zero-hours contracts allow employers to take on temporary workers without a commitment to offer continued work, and so they work especially well in seasonal jobs where the work comes in peaks or to cover a one off event, or when you are not sure what demands you will have from customers for a new business in its test phase.

The flip side is that it offers the employee some flexibility too – they are free to manage their own time and work for multiple employers should they wish to. Therefore, it’s a good idea to be prepared that when offering them work they may not always be available to take it and to give them as much advance notice as you can.

Zero-hours contracts only pose a risk to a business when they are used incorrectly. They must not be used to cover regular work over a lengthy period because the worker would then become an employee in the eyes of the law and would accrue the same rights as staff on permanent contracts such as the right to redundancy pay following two years of service.

Things can and do change. So it’s a good idea to keep zero hours contracts under regular review. Sometimes it might be right to start someone off on a zero hours contract but then be prepared to put them onto a permanent or fixed term contract if, for instance, their hours become more regular.

If you run a business where the workload changes by the week, or you need help for a few months but you know the work will come to an end shortly, then a zero hours contract could be just the thing. Here we take a look at the key considerations for a small business to ascertain whether the zero hours contract is the right contract type to use.

1) Recruit according to your business needs

Zero hours’ contracts are useful where work demands are irregular or where there is not a constant demand for staff. They can also provide a level of flexibility for the individual, which allows them to work around other commitments such as study or childcare.

If the work dries up in your business, perhaps you don’t make the sale that you thought you would, then you are under no obligation to offer work to staff on zero-hours contracts. This is particularly useful for new businesses, or where you have seasonal, event, or project based work.

People working under zero-hours contracts are classed as workers and are entitled to rest breaks, annual holiday, sick pay, the National Living or Minimum Wage depending on their age, and protection against discrimination. You are also responsible for their health and safety.  However, zero-hours workers often do not have “employee” status, which carries further rights such as entitlement to maternity pay and leave (in some situations), the ability to request flexible working, statutory minimum notice periods and redundancy payments .

But, if you are worried about going down this route because of the potential damage to your reputation or your ability to recruit using this type of contract, you can always consider one of the following: